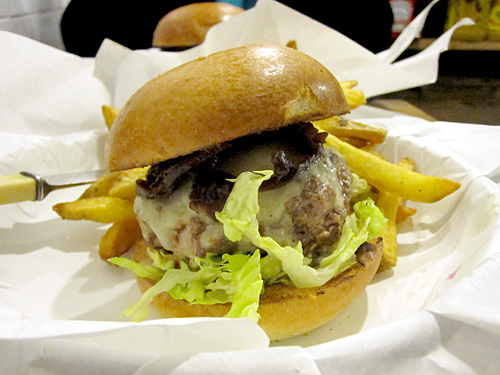 Honest burgers in Brixton Village. What can i say that's not been said before? Nothing probably. What i will say though, is that they serve one hell of a good cheeseburger. 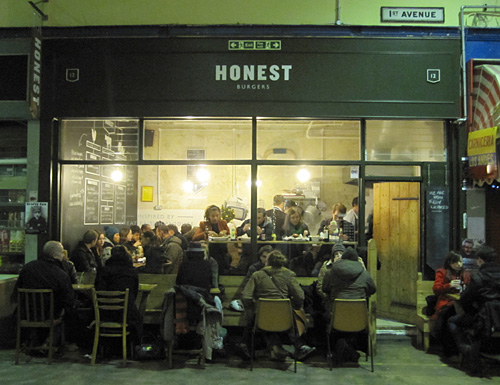 We arrived one cold December evening in drizzling rain, walked into the 'village' which is basically a bunch of tiny little restaurants under the same old fashioned roof. Everywhere was busy, but Honest burgers was busiest, every table outside was taken with winter-coated punters, and there was at least another half dozen people shivering outside waiting for a table. A waiter wrote my name and number down and said he'd give me three rings when there was a table, it'd be at least 45 mins. We strolled over to Dogstar - a surprisingly grimy exterior hid a cool interior with a fun vibe. Well recommended as a good spot to wait out an Honest burger. 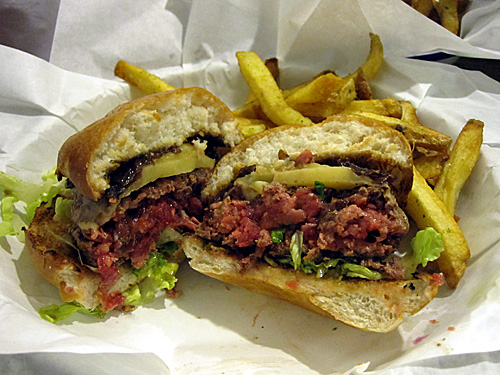 I ordered the basic £7 cheeseburger with Cheddar (Stilton or Red Leicester are the other options). The meat is insanely good, they use at least 35 day aged British beef sourced from the Ginger Pig and they're choice of an eyebrow raising 25% fat ratio makes for a supremely juicy, tasty patty. Cooked wonderfully rare in the centre but nicely sealed and caramelised on the outside, this loosely formed patty is full of flavour and with that lightness you get from a Goodman patty, ie. even though its a decent size, it doesn't feel heavy in your stomach. This patty is pretty much as good as it gets in my book. 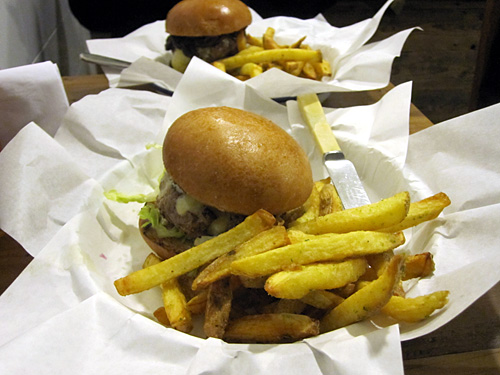 The toasted brioche bun is soft and fresh, and is a perfect size for the patty. Crisp finely chopped iceberg lettuce sits at the base, then the patty on top covered in almost melted cheese, onion compote/relish tops that, then the toasted top bun. As the kitchen is in the same rectangular room we had a great view of the chefs in action and could see them steaming the cheese onto the patties with little steel cups on the griddle. I'd have liked the cheese more melty, but thats the only criticism i have. What a superb burger. I can't wait to devour another one. 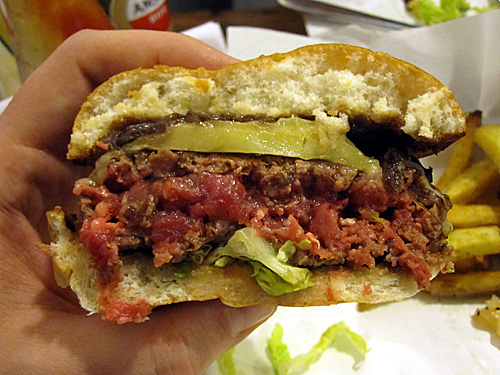 The rosemary salted fries are awesome too. Never have i tasted rosemary on fries, and what a perfect matching it is. I could have eaten kilograms of them. 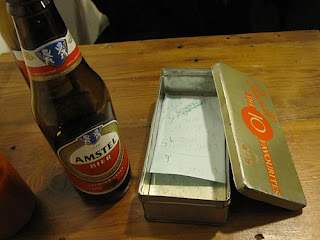 The old tobacco tins containing the bill are a nice touch. Two burgers and fries and two beers came to £22. Astounding value. 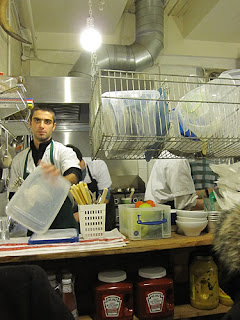 A brilliant burger, definitely in my top 5 in London.