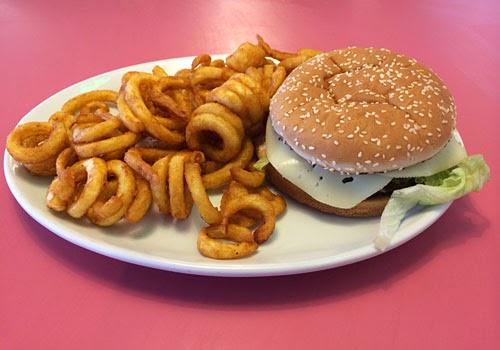 How many times have we all driven past Starvin' Marvin's Diner on the A40 into/out of London and looked in wonder at this beautiful slab of kitch 50's Americana. A beacon of shiny stainless steel hope set against the miserable shitness backdrop of Greenford.
I still can't not look at it when i drive past, risking a potential fast-lane shunt. It offers a hint of the apparently happy, care-free lifestyle of 50s America, and it always makes me smile. 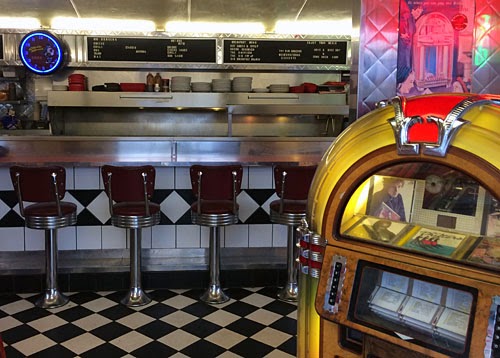 Inside its every bit as authentic as the outside. Everything you'd hope a Streamliner Diner would be: Red pleather booths make up the majority of the venue seating with matching stools set against the bar, Black & White checkerboard floor tiles, a Wurlitzer jukebox playing Rock n' Roll, Americana pictures on the walls, neon signage everywhere and a cheerful young waitress with a nice smile. 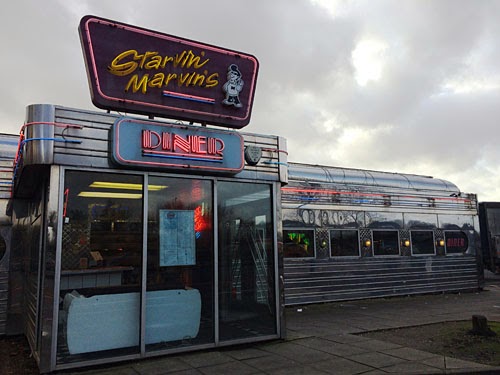 Ok its a little old and could do with a bit of a refresh, but its still a fun place in which to sit and absorb the retro surroundings. The place was completely empty this Monday lunchtime, and as I ordered at the bar, I was told to sit anywhere. I chose a booth, sat down and just as i started to smile at all the crap on the walls, the waitress apologised and said i couldn't sit there. She didn't speak great English so wasn't able to explain why, so i moved to the next booth which she seemed happy with. Mysterious. 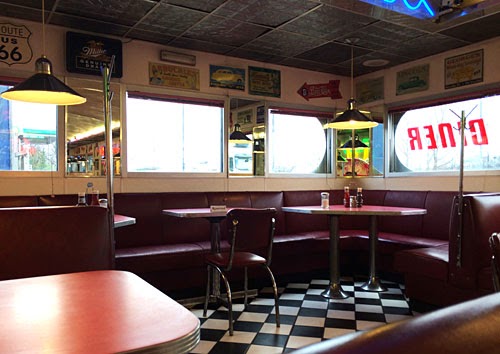 I have been eating the occasional burger at Starvin' Marvin's for the last 20 years, and after each visit i vow never to go back due to the appalling food they serve. But as the years pass and the negative memories fade, i am lured in again by the look of the venue and every 5 or so years i give it another go, in the hope that they have re-vamped the kitchen and are serving up some good stuff for a change. This visit was just like the rest. I hoped they had heard about the blooming London burger 'scene' and wanted to get in on the action. 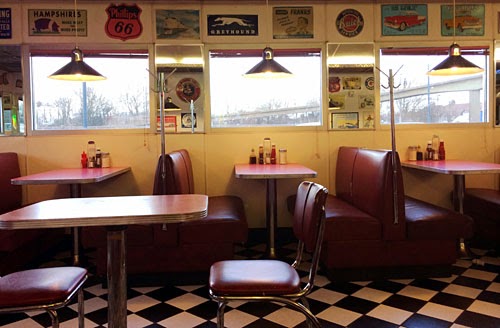 Unfortunately, you can predict the rest. The burger was fucking atrocious pitiful. I paid an extra pound for 'scottish beef', making the total for a burger and curly fries £8.50 iirc. The patty was dry, overcooked, semi-cold, tasteless and dense in a super-economy-cashncarry-frozen-burgers-for-burger-van-sale-only kind of way. The bun was stale, and also of the same 'as cheap as possible' variety. There was an unmelted slice of tasteless plastic cheese, a single small tomato slice, some chopped raw onion and chopped lettuce bits. Yummy. At a guess i'd say the ingredients were so cheap they were actually given away to save space in the budget food establishment they came from. At most 40p for the lot. 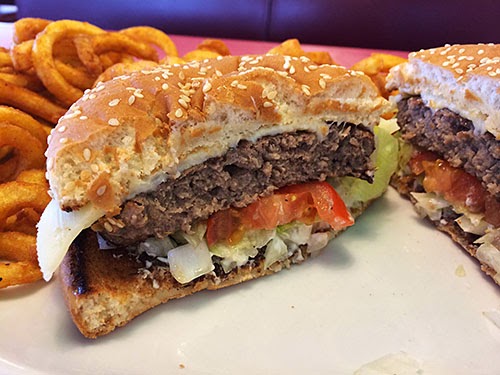 So there we go. As time ticks away and life goes on and the world changes dramatically in so many ways, there is one absolute constant to be found on the A40 near Perivale: Starvin' Marvin's burgers will be eternally shit. But I'll probably be back in 2018.