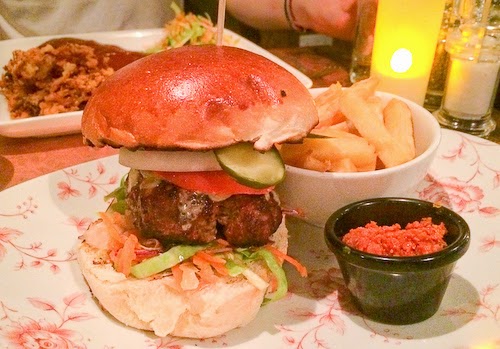 Beard To Tail is was a barbecue restaurant primarily, but i didn't get involved in tasting any of that. I considered them a lot who know how to serve meaty dishes properly and as such assumed they would know how to mince a few assorted cuts of beef, form a patty from it, then cook it and bung it in a bun with some crunchy bits. There's varying degree's of skill involved in designing and producing a good burger, and based on those (and cramming in in your cram-hole) one can formulate an opinion on how successful the producer has been. In this case not successful. Un successful. Sans success.

Read more »
Posted by Cheeseburgerboy at 06:04 No comments: 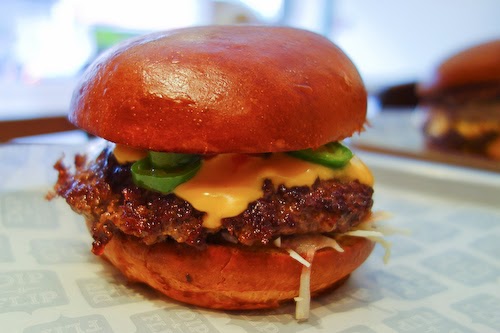 Dip & Flip is located on Battersea Rise, which is a fairly busy road in Clapham. The whole front of the restaurant is open to the elements on warmer days which made for a rather traffic-noisy meal if you are eating earlyish. The interior is modern, with bespoke gravy flavoured wall art (not from messy eaters!), and school desk/chair type seating arrangements, a bit like you'd find in an Honest burgers.

Read more »
Posted by Cheeseburgerboy at 03:55 No comments: 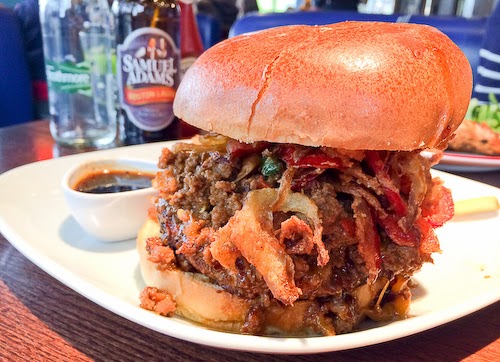 After a bizarre twitter invite to try their new burger, i happened upon my local TGI Fridays for a nostalgic step back in time to my teenage years. TGI Fridays followed by the cinema was pretty much what i did on a Saturday before i looked old enough to buy alcohol. Then i'd substitute TGIs for a nice sit in a park with my friends and a bottle of cheap booze. Wholesome stuff i'm sure you can all relate to.
Read more »
Posted by Cheeseburgerboy at 08:31 No comments: