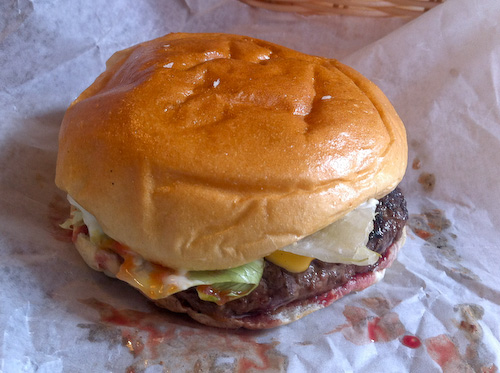 I really like the idea of an Icelandic burger chain coming to London. Tommi's started over there almost 10 years ago and now has a bunch of restaurants. The first UK branch is found on Marylebone Lane, an upmarket street in the heart of you-guessed-it, Marylebone. 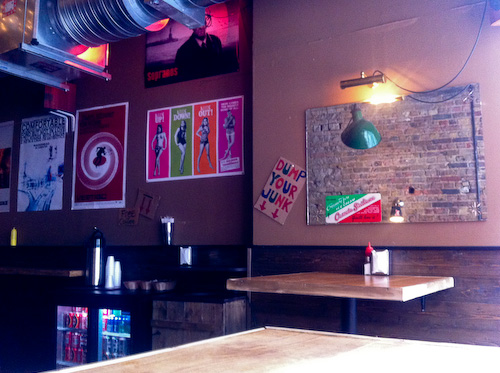 The weathered oldish dude in the picture below i think was Tommi himself, and he looked pretty pleased to be selling burgers in a new joint. The three guys behind the counter were dead friendly and wouldn’t look out of place working in a trendy bar. The decor is cool: dark wood, exposed brick, old movie posters and hand written signs. A somewhat confusing but attractive noticeboard of menu items and specials are pinned right above the counter, the ceiling is covered in tiny lights, the tables each have their own lamp, napkins & ketchup. Its classic ‘mom n pop’ diner styling and they’ve done it well. 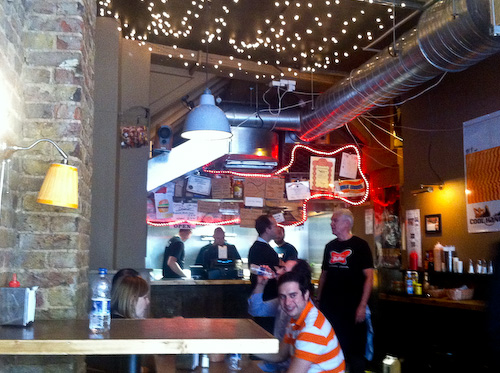 I was lucky to get in on the opening ½ price deal which made for a very reasonable sub £5 lunch. The standard cheeseburger was their recommendation so i went for that, fries and a soda - "Grab one from the fridge". Normal price for their ‘Offer of the Century’ meal deal is £9.40, so mine came in at a bargain of £4.70. 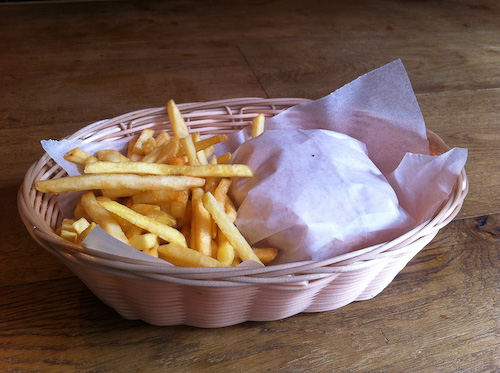 Shortly after ordering i’m brought a tray of fries and a paper wrapped burger. Initial looks are good, it resembles a classic American cheeseburger. They assemble it with the patty straight on an untoasted bun, American cheese is nicely melted into the top of the patty, then there’s some big chunks of iceberg lettuce, diced onion, then a sauce fest of mayo, ketchup AND mild mustard. The menu says tomato too, but i couldn’t find any in mine. 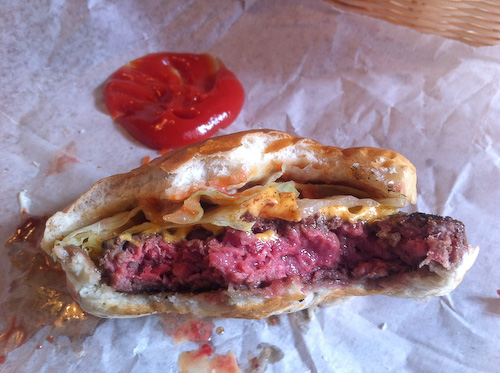 Unfortunately the patty is somewhat underwhelming. The ground beef is perhaps a bit overly mixed and the patty rather tightly formed. The patty size and shape is great and it was cooked perfectly medium rare but would benefit a little more seasoning. The patty edges have a decent char-broiled taste, although the centre is a bit bland. 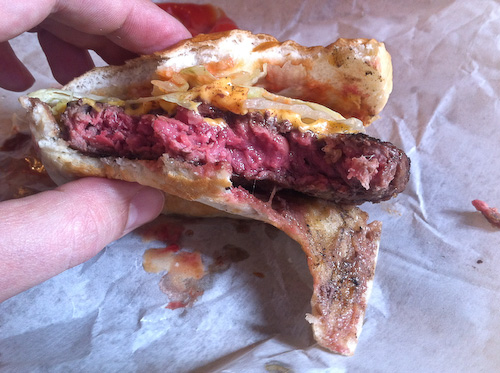 The biggest issue though was the bun. From the first bite the base was soggy and had become very thin. It added an chewiness which was a real pity. By the time i was half way through the burger the base bun had thrown in the towel. ‘Bun Fail’ as hamburgerme would say. Shame, as the bun was soft and had a decent sweet taste, but it really didnt work here. I’m guessing they are dealing with new bakers and haven’t quite got what they need yet, so i’m hopeful this can be fixed. 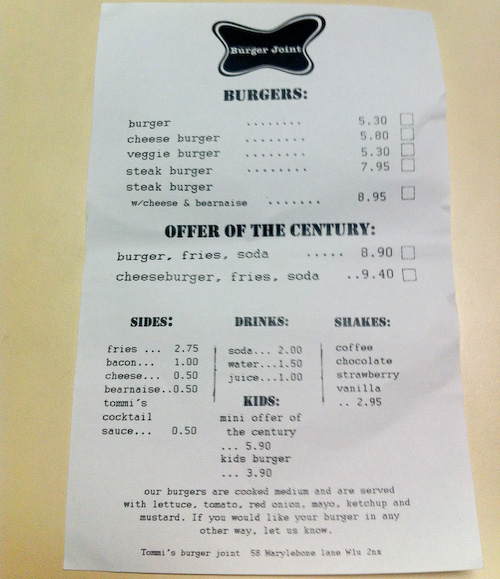 This is only day 2 of Tommi’s London burger joint so they are probably finding their feet and i’m hopeful it will improve. I look forward to trying the steak burger with bearnaise sauce next time i’m there. But with MeatLiquor selling way better cheeseburgers round the corner for only an extra 70p, Tommi's needs to raise its game if its going to last. 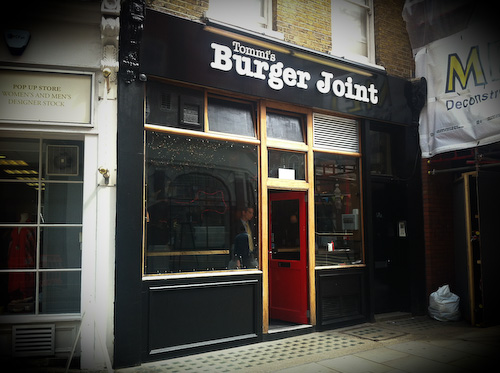