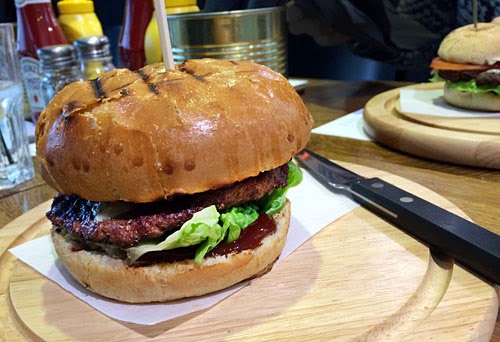 Stop the press! A high street restaurant chain has jumped on the burger bandwagon! This latest offering is from the Cafe Italia crew who have converted their High Wycombe restaurant into "Ranch Burger" offering what they describe as 'speciality burgers'. Although they would better be more accurately described as just 'burgers'. This one off restaurant is a test bed to gauge interest, but apparently it looks very much like they will be opening more soon. 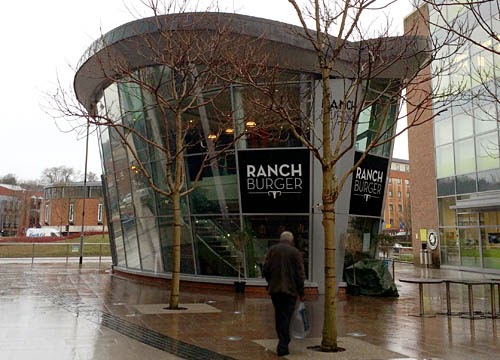 When seated you are given a simple menu with a handful of burger choices (if 8 is a handful). You have to fill out a little Argos style food want list before taking it to the counter to pay up front. A fairly unnecessary gimmick i'm sure you'll agree (The tickbox note, not the payment part). I went for the £5.50 Classic Ranch with Cheese. £2 more gets you a double patty. 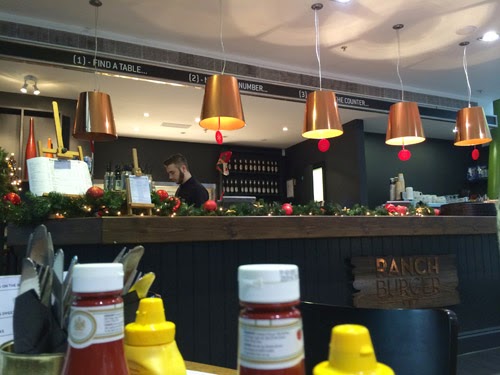 The decor would best be described as 'Weatherspoonsey'. The place was pretty busy for a rainy weekday lunchtime and we were seated next to a serve yourself icecream machine which delivered an unpleasant buzz throughout our meal. This buzz was accompanied by a smokey grilled beef smell wafting from the kitchen, which made my clothes stink of burgers for the rest of the day - free burger stench! whoopee! 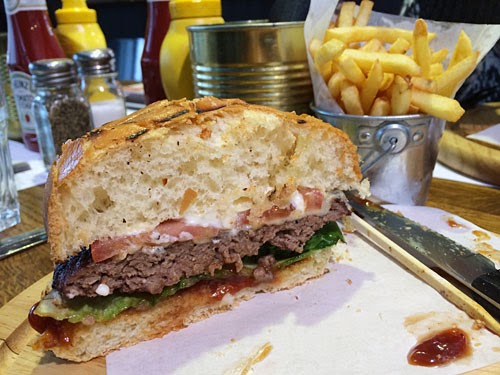 So. To the burger. The bun was way too tall to match the fillings, but it was at least a soft and freshly baked brioche roll which had been lightly toasted on the grill. The patty, which i was told came medium rare, arrived well done and was a little dry, a little under-seasoned, and a little underwhelming. The saving grace being it was a loosely formed course ground offering with nicely grill-sealed edges. The patty was topped with melted Monterey Jack, tomato slices and ranch dressing and 'bottomed' with lettuce and a decent enough tangy BBQ sauce. Rather odd to have two sauces in there but i guess you've got to be different to make your mark. As a whole it was, well, OK. But for £5.50 i guess its actually fairly good value. 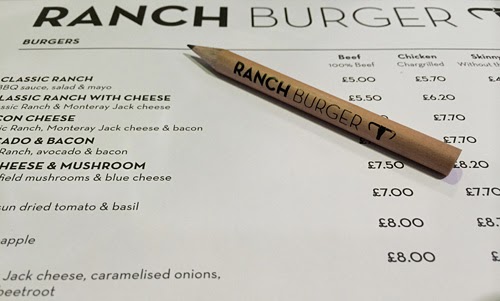 So there we have it, the first review of 2014 and its a bit of a let down. But i guess that's to be expected from a mainstream restaurant chain aiming their sights squarely presumably at the GBK market. If you're on the move and need to grab a quick burger i can think of a lot of worse places to visit, and you get to keep a burger pencil to go in the drawer with the argos and ikea souvenirs.
5/10
@RanchBurgerUK
Eden Centre, High Wycombe
info@ranchburger.co.uk
Posted by Cheeseburgerboy at 08:36