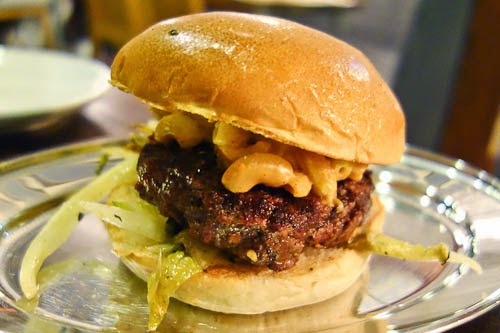 [@yesiamben] Last Sunday I headed over to High Street Kensington for some lunch at Dirty Tommi's, a Sunday popup combining Dirty Bones and Tommi's Burger Joint. Now bearing in mind I've already claimed Tommi's is one of Iceland's greatest exports and Dirty Bones seemed like a cracking venue, I figured it should be a pretty good combo. 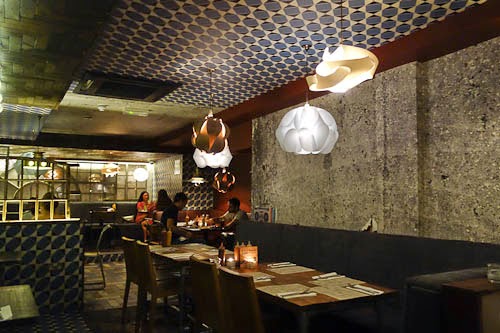 So I suppose location first (because you've already read our Tommi's review, *right*?). Dirty Bones *is* a cracking venue. It's a basement place (a former, failed nightclub, apparently) with a kinda cool, retro feel. They do a bunch of cocktails and their regular menu is very America inspired (ribs, dogs, etc.). It'd be a good place for a party. Or a night out drinking. Or both, preferably.
And obviously Tommi's makes good burgers.
Thus, for an undetermined time (I hear somewhere between 6 weeks and Christmas - but err towards 6 weeks so you don't miss out) the two have come together in a Captain Planet-esque combining of powers to bring the Dirty Tommi's Pop-Up experience. And lunch for me. 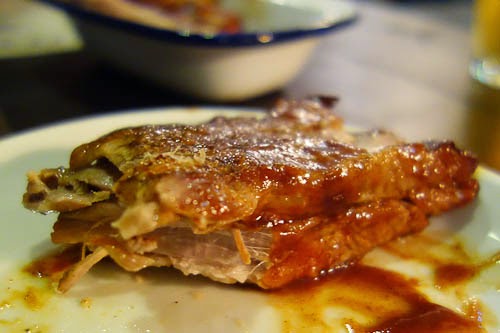 We started buy sharing some Sticky Pork Ribs, which were pretty ribtastic. Not only were they very tender, but the meat was plentiful and just dropped off the bone. The BBQ sauce was a massive plus - a little spicy, a little fruity and nice and sweet. The perfect entre. 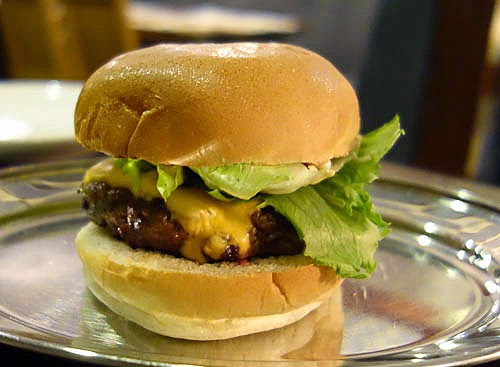 For our mains we went with Tommi's Steak Burger and the Dirty Mac Burger. I would have loved to try Tommi's Burger Dog - if anyone tries it, can you tweet me and let me know your thoughts?! To be fair, our choices kinda had to be done - the Dirty Mac Burger was a gimmick I wasn't prepared to miss out on and the Tommi's Steak Burger just sounded like a good burger, you know? As a side we split some Sloppi Dirty Fries.
So, burgers. Tommi's Steak Burger was *fantastic*. It said 'rump, rib-eye and fillet coarsely ground' on the menu and I suppose I wasn't expecting it to taste so, for want of a better (not so made up) word, steak-y. I mean it almost felt like eating shavings of steak compressed together (which it probably was), except it was soft and moist and wonderful. Really a great patty. The build wasn't anything out of the norm for a cheeseburger, with a little lettuce and tomato, some American cheese and ketchup and mayo. But that's what works. 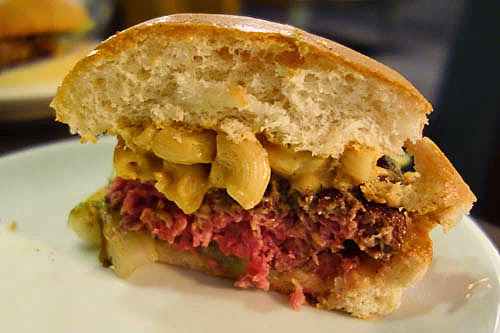 The Dirty Mac Burger was an entirely different beast. Same bun aside, it was topped with macaroni cheese and served on a bed of charred lettuce. The patty was good - exactly what you'd expect from a Tommi's burger, and like the steak burger, a good medium rare. The charred lettuce was great - I'm not quite sure why I liked it so much, maybe it just worked with that BBQ tasting 'steak glaze' - definitely a nice addition. The mac and cheese? I love mac and cheese. And I'm sure, on it's own the Dirty Bones mac and cheese is amazing. But in a burger? I don't know - maybe not cheesy enough? Maybe a few too many carbs? I'm glad I had it, and it was certainly and interesting texture to eat, but in retrospect maybe the Burger Dog would have been better. 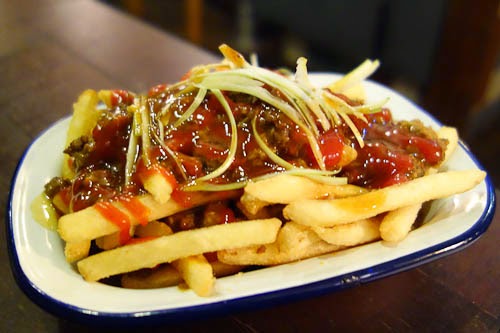 The Sloppi Dirty Fries we had with the burgers were marvellous. The fries alone were good, but topped with (and bear with me here) Tommi's mince, Kimchi sauce and spring onions - and *then* served with Dirty Bones gravy - wow. Somewhere between poutine and poutit-in-my-mouth-as-fast-as-possible 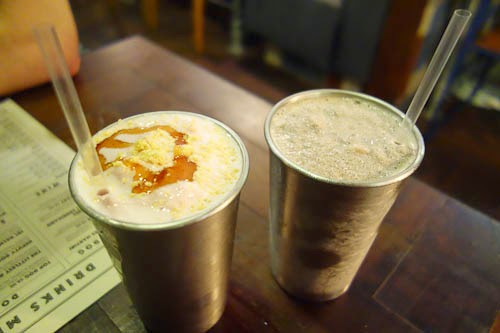 Rather than a dessert (cookie / doughnut), we opted for a couple of 'Boozy Shakes'. One Strawberry Shortbread (vodka and, um, strawberry shortbread) and one Dirty Bounty (rum, chocolate and coconut). Both were lovely. Super creamy and thick - and if you're a fan of the Bounty bar, you probably shouldn't miss this. 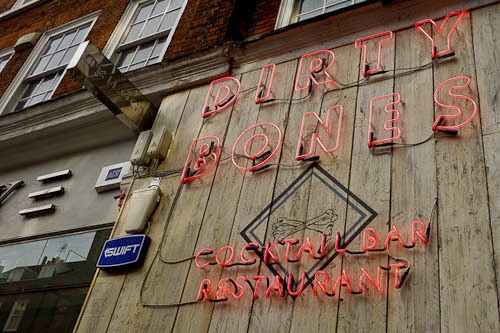 It's a great venue anyway (date-night approved), but if you're looking for roast-less Sunday lunch (or dinner!) in the next few weeks, you really shouldn't miss the popup. Enjoy!