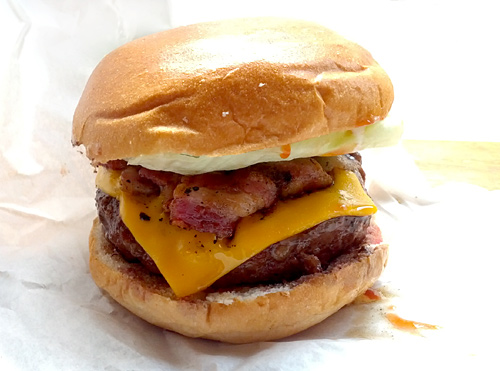 [@yesiamben] Great exports from Iceland: Bjork. Sigur Ros. World's strongest man Magnas Ver Magnasson. And probably some other stuff. To be honest, apart from some friends and family who've recently been to see the Northern Lights, a friend who went over to Reykjavi­k to (relatively unsuccessfully) hook up with a girl, and a guy I used to know who recently released an album there, I know very little about Iceland. But what I do know is we can probably add Tommi's Burger Joint to the 'great exports' list. 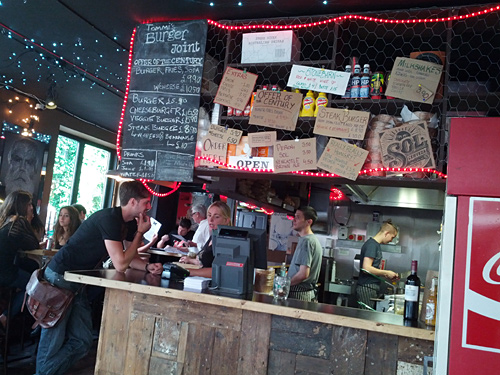 In the interests of (CheeseburgerBoy based) science I went to check out their burgers now they've made the transition from popup to permanent shop. And I'm glad I did. Tommi's is on Thayer St., about 5 minutes and change from Bond St tube, a little further up the road from Patty & Bun. The restaurant is everything you'd expect from a new burger place - not fancy - just neatly put together. Fine for a date - as long as you're not desperately trying to impress.

The menu is simple - a burger, veggie burger and steak burger. Cheese is 60p extra, bacon another quid. A single burger is £5.90. They also have an 'Offer of the Century' - £9.90 for a burger, fries and a soda (a can of drink from the fridge). Whilst I can think of better offers so far this century (mostly unrelated to burgers), I think £9.90 is pretty good. Hell - if they made that a burger with cheese and bacon as well - I'd probably go as far as great. The restaurant also does takeaway, which is worth noting if you live near. 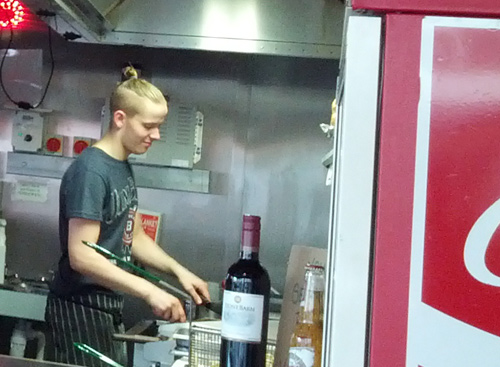 Aww, look at the happy chef
I went with a bacon cheeseburger and took it as it comes, medium. The burger comes wrapped in grease-proof paper, in a basket with fries. The fries are pretty good but pretty much standard. The burger is great. Without sounding like I want to claw my own eyes out, this is a burger without pretension. I eat so many burgers with fancy additions, fancy fillings and whatever else, but this was just, well - a burger - and a good burger at that. 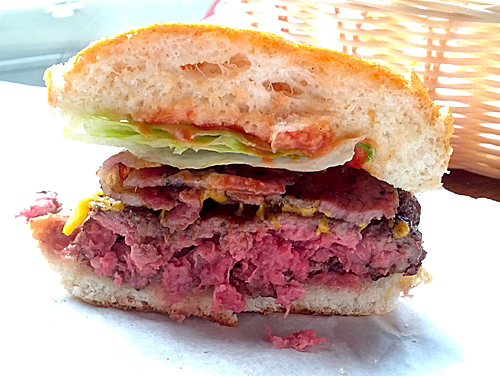 The beef was coarsely ground. Apparently it's all chuck, with a 20% minimum fat content. It was cooked perfectly - as pink as I would want it. The meat was ridiculously juicy and full of flavour. The bun was soft and fluffy. The patty sat on the bottom, was topped by a slice of American cheese, and I think back bacon. I'm usually a fan of streaky bacon in burgers, but the bacon was great. Above that was lettuce, some tomato and some red onion. On the top of the bun was some ketchup, mayo and I think a little French's mustard. Very simple, nothing special, but executed perfectly. 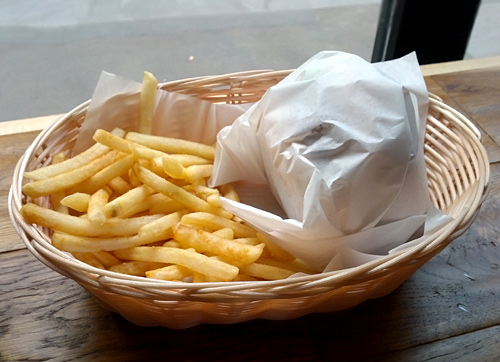 I'm not sure whether Tommi's being up the road from Patty & Bun is a good thing or a bad thing. P&B is a *really* great burger and I'd worry they'd take any casual burger traffic heading up from Bond St. On the other hand, the queue outside of P&B is usually pretty ridiculous and (unless I was going for a special) I'd be more than happy to just wander a little further up and get me a little Icelandic Burger action. 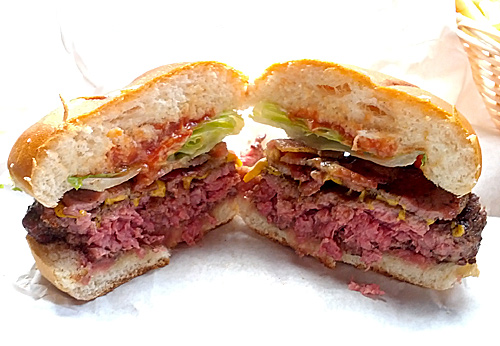 Tommi's is a no frills, no messing around, decent burger joint. If that's what you're looking for - I thoroughly recommend it.