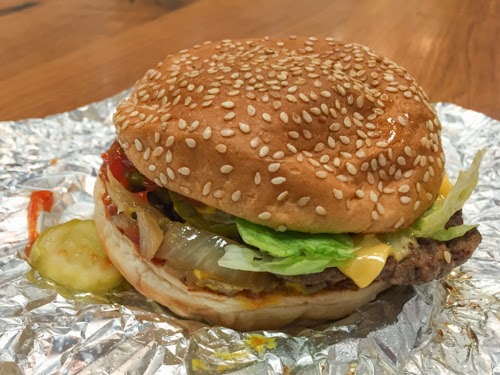 Twenty one stores open in the UK in 18 months. With another 5 opening soon. This is an invasion, a takeover the like of which the British burger scene has (probably) never seen before. Initially put off by @yesiamben's experience, I thought it time i try it out to see what its all about. 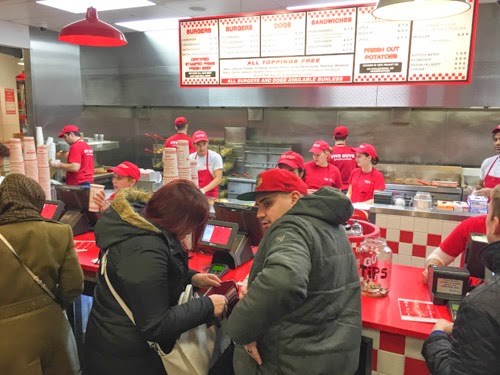 9.30pm on a Monday in central London. Five Guys is packed, they are playing loud bad music, the lights are wincingly 'operating room' bright. It reminds me of University cafeterias. 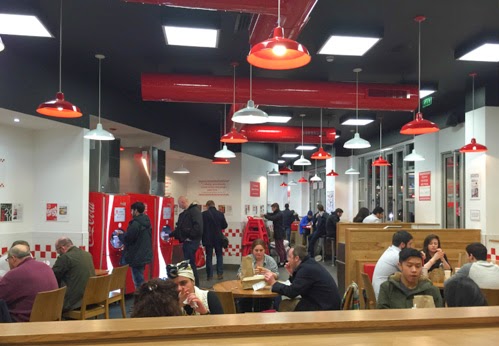 The ordering process is reminiscent of Subway, they have far too many burger topping options to choose from that you run the risk of over doing it considerably. They are free though which is something. It also means there's not an actual Five Guys burger, its all up to you. A bubbly checkout girl took my order. 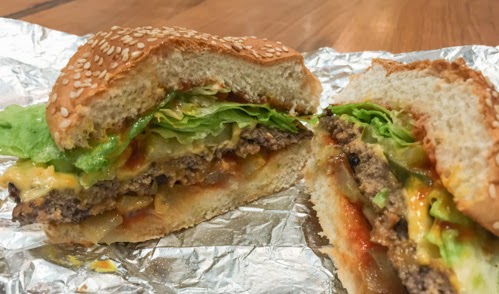 In order to keep it simple and get a flavour of the place Barack Obama apparently loves, I went for the £5.50 'little' cheeseburger with lettuce, pickles, ketchup, mustard and cooked onions. Four minutes later it was ready at the Starbucks style collection counter, wrapped up into a silver foil ball. 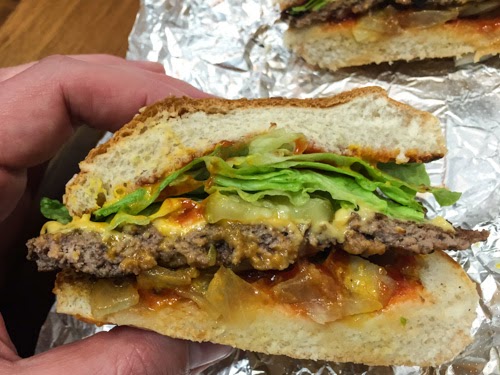 The bun was an old fashioned burger-van style sesame seed number. The lettuce pickles and sauces ok, but the onions were awful, a massive ordering blunder on my part. They smelled like a 90s music festival hot dog van. So there was only the beef patty to bring it back together. The essential ingredient, the prince among men. Sadly, it was not enough to win me over. The patty was a bland overcooked under seasoned slice of boredom. The whole ensemble was a limp soggy mess, dying to fall apart in a desperate bid for the nearest bin. 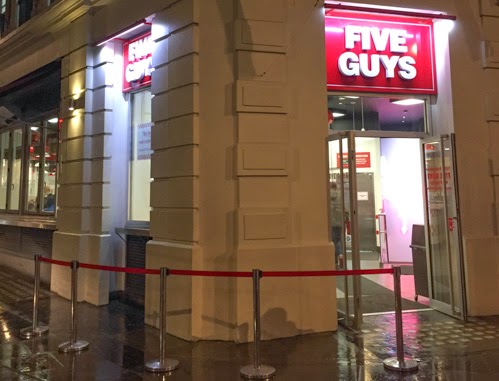 So to consider that ShakeShack, just two minutes up the road, who offer better quality and better tasting burgers for similar or possibly less cash, so far only have one UK venue. Sometimes the world just isn't fair.