Beard To Tail is was a barbecue restaurant primarily, but i didn't get involved in tasting any of that. I considered them a lot who know how to serve meaty dishes properly and as such assumed they would know how to mince a few assorted cuts of beef, form a patty from it, then cook it and bung it in a bun with some crunchy bits. There's varying degree's of skill involved in designing and producing a good burger, and based on those (and cramming in in your cram-hole) one can formulate an opinion on how successful the producer has been. In this case not successful. Un successful. Sans success. 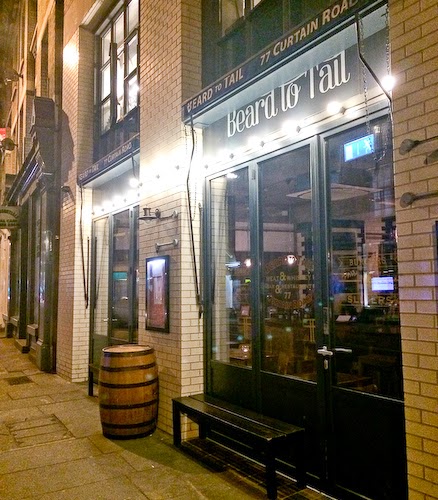 Ok, so the interior is pretty dark and gloomy and as such the photos are rather poor for this post, and i apologise for that. The decor of the place is was rather nice, kind of industrial and quirky. It attracted hipsters and god knows they like 'quirk'. But lets not forget we are in Shoreditch here.
Cocktails are were the mainstay of the bar and looked good, but we had beers so i can't comment on the mixed stuff. 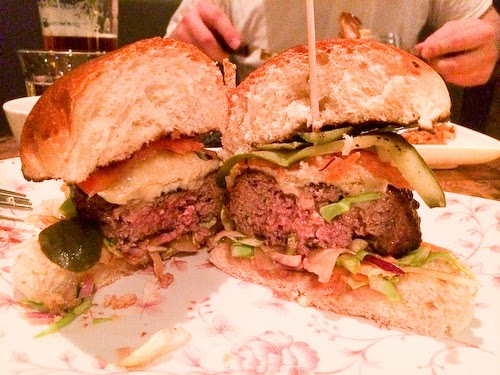 Ok so cutting to the chase, the burger wins no prises for presentation. Just look at it for gods sakes. The patty looks like they have a first time chef having a go. Its tall and narrow and awful. The bun is huge and drawfs the patty, which takes about 19 bites of bun to get to. The meat isnt that bad tasting, but its nothing to get excited about either. And due to the poor grill-work the medium rare-ness is only found in a central sphere surrounded by a ball of well done boredom. 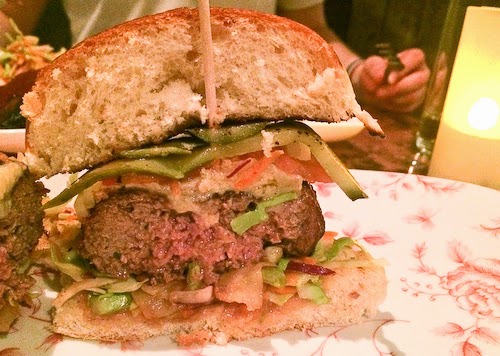 They kindly throw in some pickle slices, sliced carrot, sliced onions and sliced lettuce. There was a large slab of half melted cheese for good measure and a thick tomato slice to further annoy. But worst of all was the insipid pot of sweet burger relish. 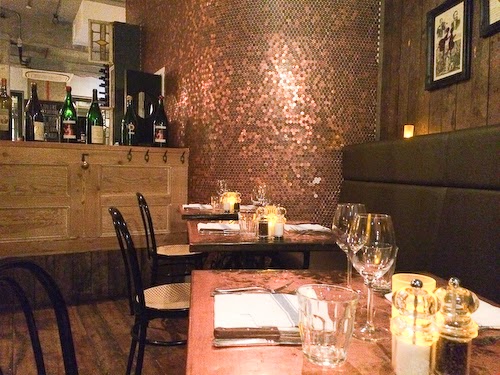 The best bit was this wall of 2p coins. We liked that.

Beard To Tail have now ceased to exist and the website points to www.penkulandbanks.co.uk which looks the same inside, but sells seafood dishes. Presumably everyone else moaned about B2Ts food and they decided to have a go at fish instead. Good luck to them. Lets hope they have a better chef.