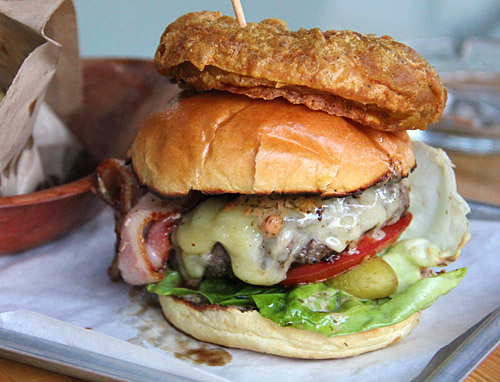 Is it Dalston? Is it Stoke Newington? Is it both? Whatever, it's full of people dressed as French mime artists and Victorian chimney sweeps all sporting pointy mustaches. Even the girls. Ok only some of the girls, but you get the idea, it's a lot of fun here.
Psychic Burger (from the crew behind Rita's Bar) is located in a bar/club called Birthdays. DJs are spinning tunes, folks are drinking cocktails at the bar and lucky people are tucking into the last of the soft shell crab burgers at tables in and outside. Finding the a waitress was no simple matter. Once one appeared we didn't manage to get the order in before she vanished again. So didn't get to ask if i could have it cooked how i liked. Perhaps she already knew, because she read my mind right?! if not, that decision was in the hands of the gods... 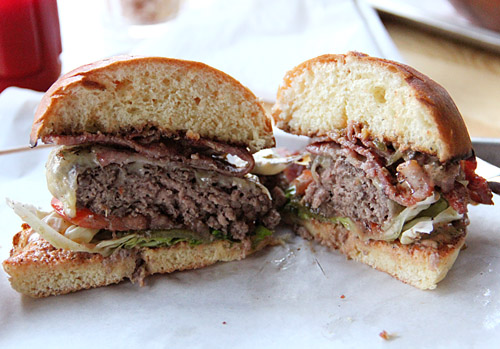 So it seems they can't read minds, and the gods fucked failed me too. Firstly Psychic had run out of £9.5 soft shell crab burgers and secondly my £7.50 Psychic burger with bacon (£1 extra) arrived well done. Fortunately the aged fore rib and chuck steak patty still had a decent amount of flavour and a surprising amount of juiciness. The meat was coarse-ground, seasoned nicely and the combination of ingredients - bacon, lettuce, tomato, Monterey Jack, pickles, psychic (burger) sauce - worked nicely along with the fresh glazed brioche bun. Oh and you get a crunchy onion ring with it too. 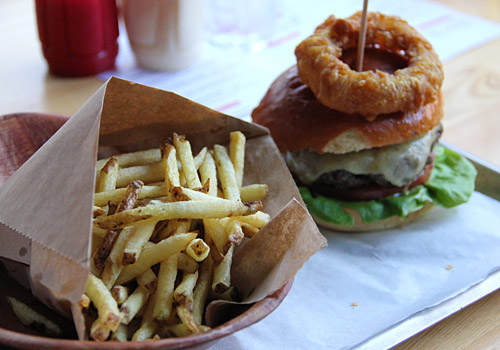 There's nothing particularly different about this burger, its standard 'New-London' fare, but if you're near-by its definitely a good spot to have a bite, a few drinks and do a little people watching. The £3 shoe string fries were very good, un-peeled and McDonaldsey in texture and crunch. 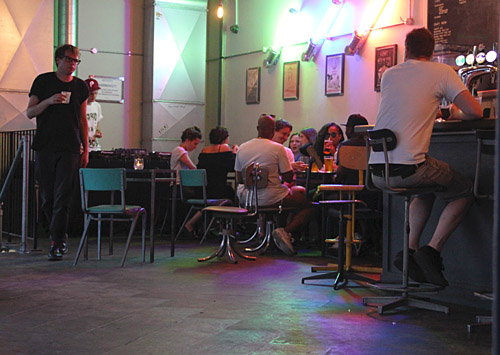 They serve a glass of pork skin popcorn for a mere £1.50. Although tasty and unusual, there were enough rock hard potential tooth-breakers in the mix to ensure i wouldn't order it again. 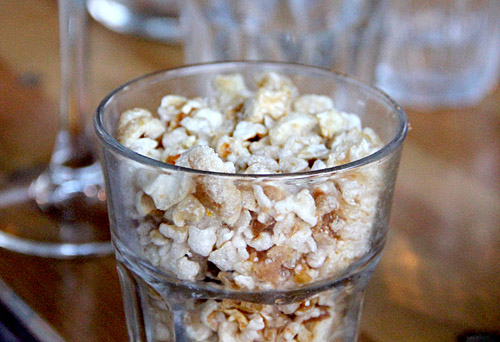