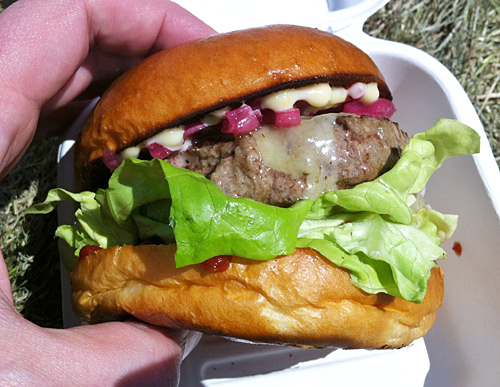 This marvelous looking thing was produced by a burger van. Ok, a supercool highly polished Airstream burger van trailer at Hampton Court Foodie Festival, but even so, it seems things have moved on a long long way from the filthy burger van burgers of yesteryear.
I'd heard nothing but good things about Street Kitchen so was very excited to see them grafting away in the sunshine amongst the throng of other foodie offerings here. 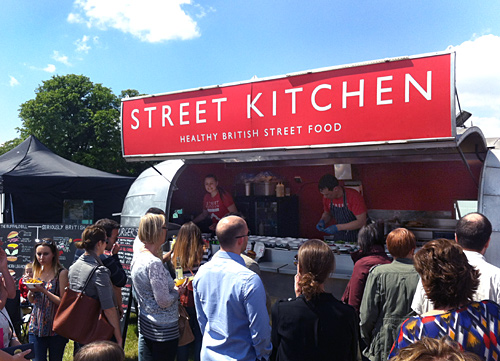 After a short wait my £7 Buffalo Bill was called out. Its a simple no messing about recipe: a delicious brioche bun, lightly toasted of course, ketchup, English lettuce, a very flavoursome beef patty encased in melted cheddar topped with sliced pickled red onions and smoked mustard mayo. 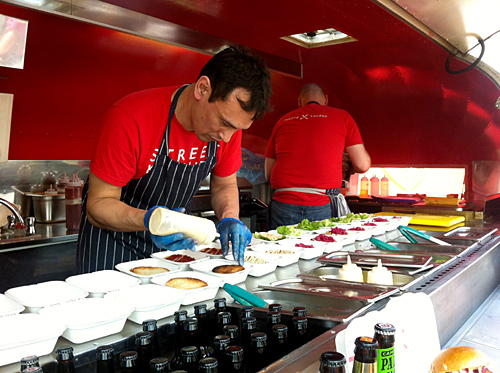 I have no idea why its called a Buffalo Bill. Its presumably named after the badass 19th century American buffalo slaying showman, rather than that super creepy moth fetishist bastard that knitted himself a human skin suit in that Anthony Hopkins flick about fava beans, chianti and serial killers. 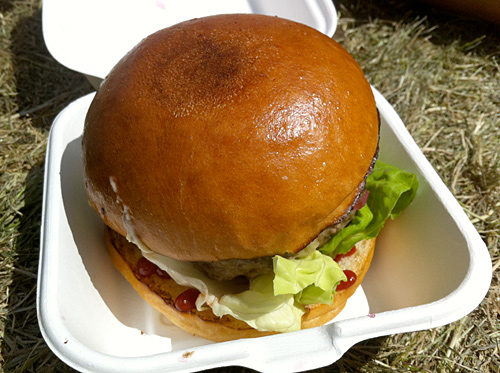 Anyway, i digress. Its the meat that's the standout part of this burger. They were way to busy for me to get into a convo about cuts, ratios and suppliers, so i have no info about that. But I will say that the patty was juicy, delicious, perfectly seared top and bottom yet medium rare in the centre. The course ground beef they use tasted aged and high quality. Just what the doctor ordered. I bet even doctor Lecter would love this human-meat-free burger, its excellent. 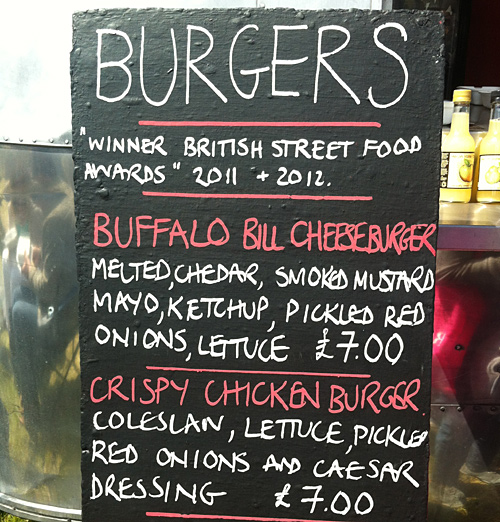 These guys are mobile so check their site to find out where they are next gonna be serving their burger-van masterpiece...Clarice.