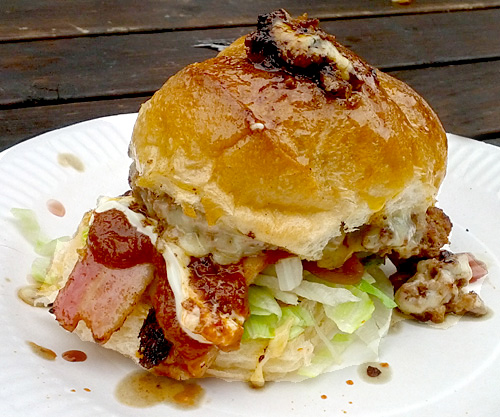 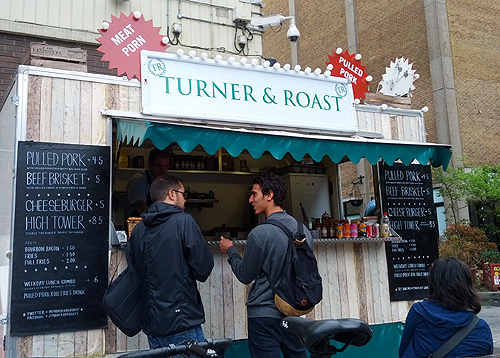 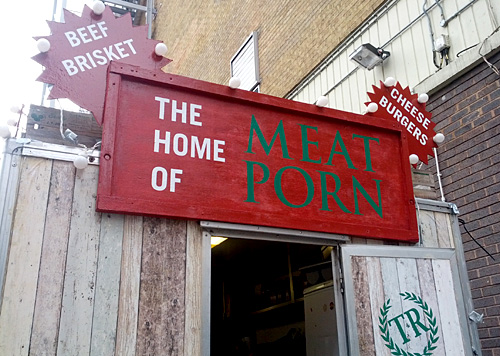 I opted for the £5 cheeseburger with 'bourbon bacon'. According the to menu, the bacon is a £1.50 extra, but I was only charged £5 for the whole thing. As Turner & Roast is a pretty tiny food-van, the burger is cooked on a countertop griddle in front of you. They were pretty honest about the meat, saying it was just "decent beef from Tesco", the cheese was a cheddar slice (from a packet), and the bacon came from a packet that looked suspiciously like Tesco's finest. That said, we've all got to get our ingredients somewhere right, and burger mix and 'Meat Porn' sauce are definitely their own recipe. 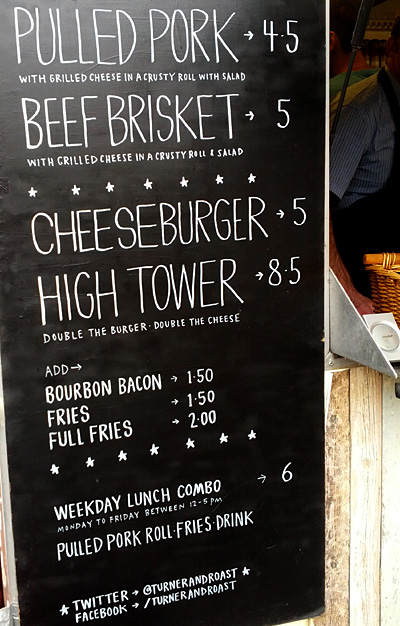 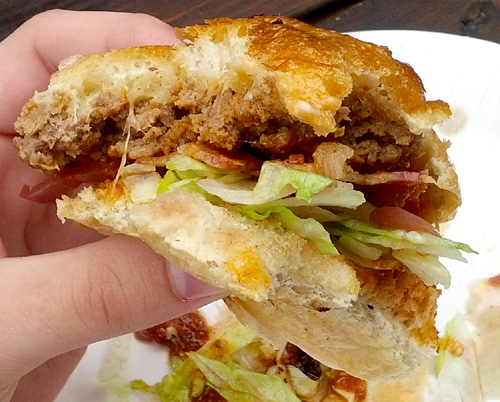